Early history of Pekes:
The name Pekes (often spelt Peakes) is derived from the Anglo Saxon word pic, which means a point or top; the house sits on a small hill, and these were really important places to build on above the surrounding lower land of Wealden clay which often flooded and was impassable in winter (it sometimes still is).

No earlier house is known here, but some people called ‘de Peke’ lived hereabouts in the 13th century. The manor house was built between 1400 & 1450 and by around 1500 was in the possession of William Jefferay, younger son of John Jefferay who had previously acquired the estate. The Jefferays were an old local gentry family.

When constructed it was a typical oak and ‘wattle and daub’ built five-bay Wealden hall-house, the most comfortable and up-to-date local type of family home of the period. Each end had a first floor chamber but the centre was open to the roof and had a great fire in the middle which probably never went out. By the time John Jefferay died in 1513 the family was seriously prosperous and his descendants made their mark in various walks of life; one of them Sir John Jefferay built Chiddingly Place in the 1570s, a nearby grand Elizabethan country ‘show-house’ – parts of which survive today.

Five male Jefferay generations succeeded, adding to the house. In c.1525 fireplaces were put in and the first floor built. The kitchen was added in c. 1550 and in the later 1500s the entrance hall with its beautiful fireplace was made. In the late 1600s the house and estate passed into the female line, and it was let out by their descendants until they finally sold it in 1908 to Terence Bourke, the present owner’s grandfather.

The Jefferay Armorial over the front door 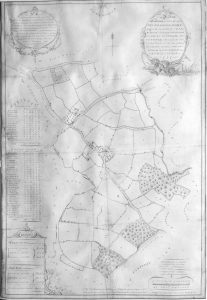 Farming at Pekes
A map of Pekes and its two farms of 1777 hangs in the main house corridor. There were 314 acres in all, though only about 200 were actually farmed. The field layout was very similar to now, with most of the garden being an orchard. Only one 1-acre field was a hop garden, and this crop would increase considerably over the next 50 years, requiring the building of the Oast House as an on-site drying facility.

The cow shed was next to the house, and the great old barn, already over 100 years old, was at the far side of the farm pond, with a cart shed next door; there were a couple of other barns too. Even this size of farm would have employed 6 or more labourers, and will no doubt have been mixed arable and livestock. Mr Guy had the farm to the West and he eventually took over at Pekes too.

Terence Bourke buys Pekes
In 1908 my grandfather, the Hon Terence Bourke, bought Pekes and its farms. He had settled in Tunisia aged about 20, built a large house and beautiful garden and park there, got married and had two daughters. Now in his early 40s, with his wife diagnosed with TB and his daughters growing up, he needed a home in England.

Having bought the rather decrepit old house, he energetically set about restoring and improving it. In this he was very lucky that his architect friend Percy Feilding had married a very talented architect Clotilde Brewster, and between them they looked after all the renovation and new building while he was away.

The most important things they did were to build the main gates, lodge and drive, insert the main staircase and the upstairs corridor, tile most of the outside of the house, build the Edwardian Wing and its column garden, and create the main garden including the walled garden. They also converted the Oast House for his mother to spend her summers in.

This was all finished by 1911, but they had only a few precious years before the World War separated them, and his wife died. 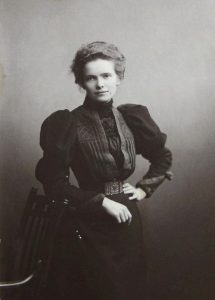 Clotilde ‘Cloclo’ Brewster (1874-1937) was perhaps the first international woman architect, with some quite impressive built and unbuilt designs to her credit. She grew up the daughter of wealthy parents in Florence, a part of the Florentine community of romantic exiles, and totally absorbed everything that Florentine and Italian architecture had to offer, designing buildings from an early age.

In 1894 she was articled to Reginald Blomfield, and qualified in 1897. In 1908 she wrote to her father that she had received a large commission from Terence and she was working very seriously. There’s no doubt that she designed and drew everything at Pekes, and that her husband Percy Feilding directed the work on site, which took about 3 years to complete.

In 1912 the Feildings bought Stone Hill House in the village, then also a run-down farmhouse, and worked on it, but sold it in 1921 to J M Barrie, the creator of Peter Pan, who lived there until 1934. 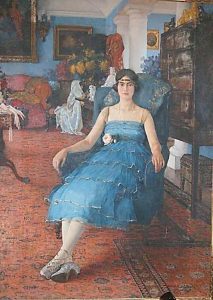 My mother in the Wing
For guests in The Oast House, there is a lovely portrait of my mother Jasmine Bourke painted in the Wing in 1920.
It shows the Wing at the time when it was the family Drawing room, and was painted by the Russian artist A. Roubtzoff who was visiting Pekes.

It is so big that this was the only place we could fit it in. She was 22 at the time. Four years later she married my father Harold Haydn Morris and they lived at Pekes.

The Tondos on the Oast House
There are two of these copies of Italian Renaissance tondos or roundels on the outside of the Oast House, not the kind of thing you would expect to find on a 19th Century Sussex farm building. Our visitors often ask what they are.

They are round terracotta sculptures which have been coloured (polychromed) and glazed. They are exact copies of two originals that are in Florence, and were brought by Terence Bourke from Florence in c. 1910. 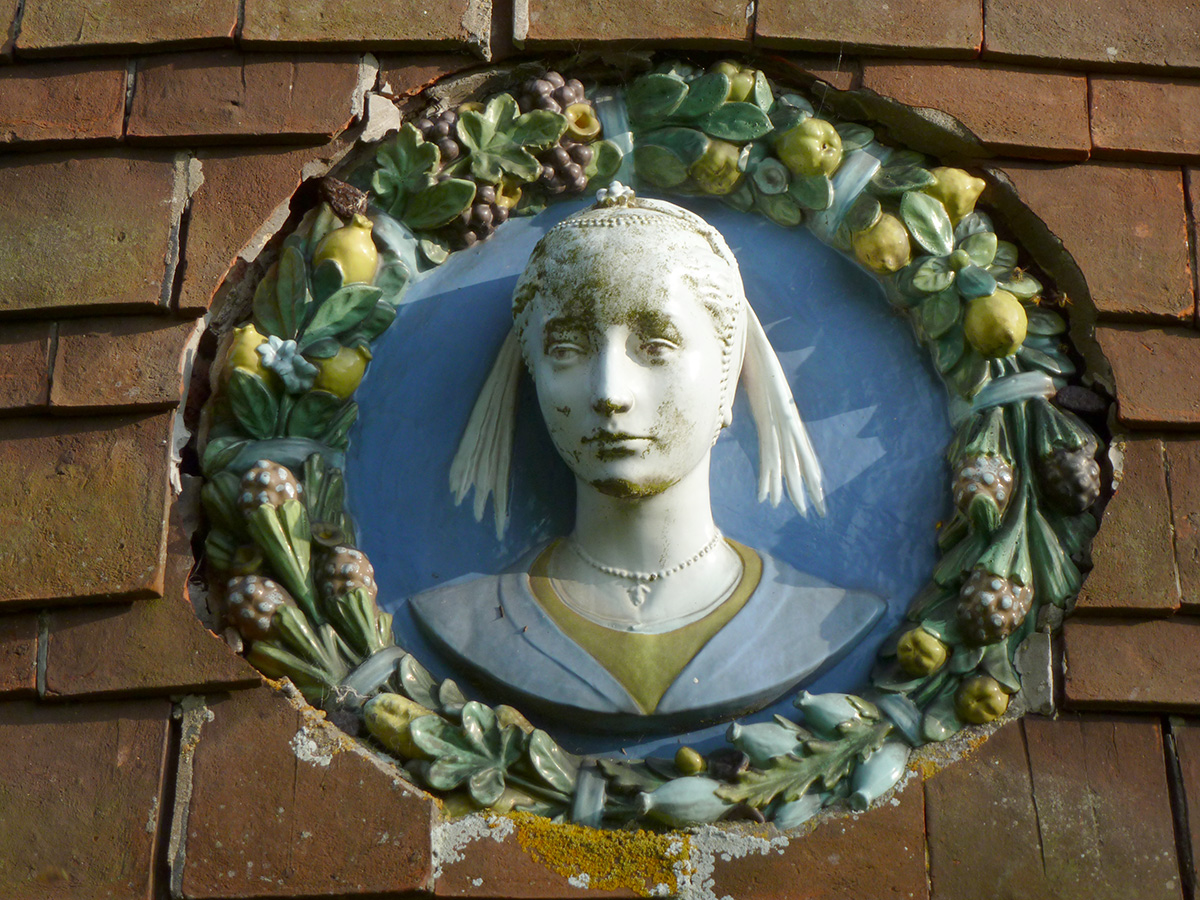 The Portrait of a Lady.The original of this is in the Bargello Museum there, and is now attributed to Luca della Robbia (1400-1482). It’s a beautiful portrait of a young lady got up in the most fashionable way of the time – high shaved forehead, a closely fitting headdress with jewels, finely plaited wisps of hair hanging away from her head and a delicate necklace. Very different from English ladies of the same period. 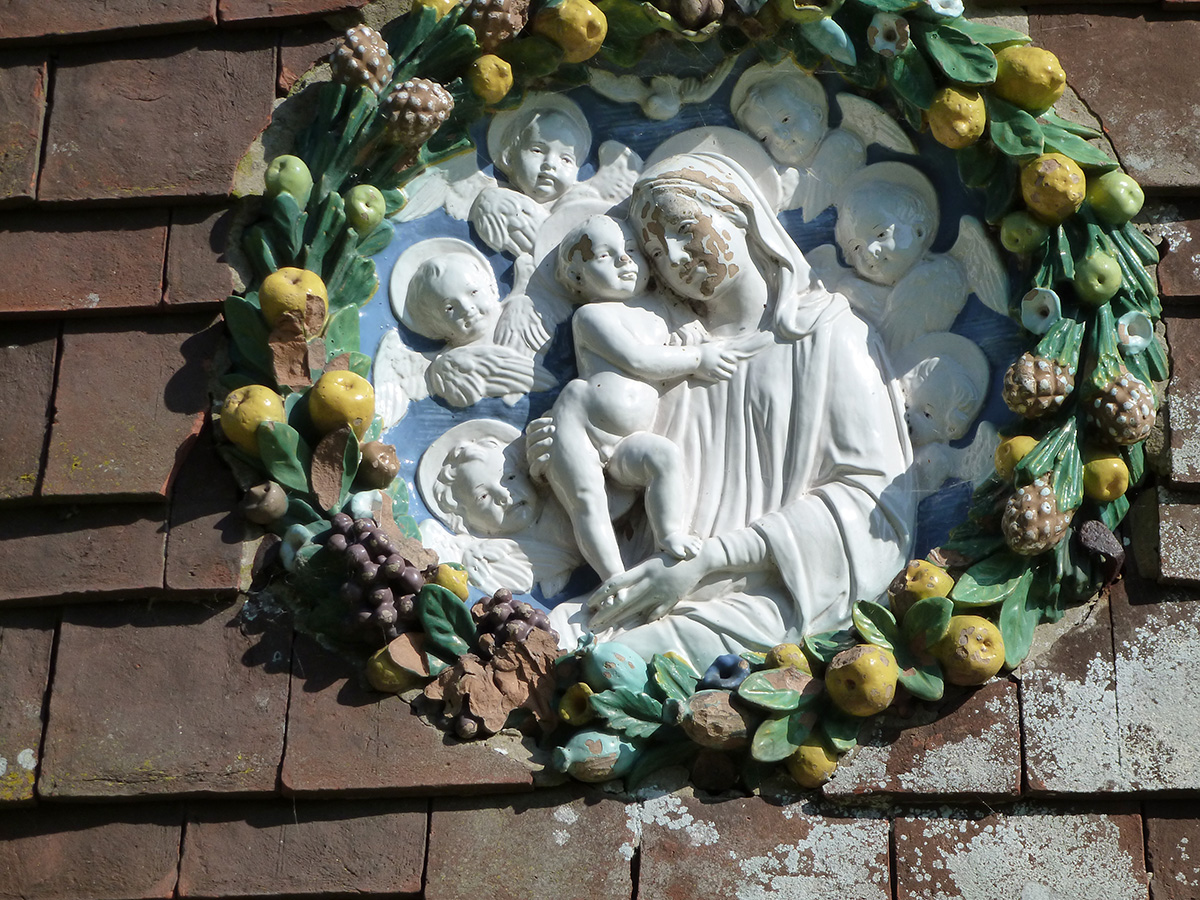 The Madonna and child with angels. The original of this tondo is on the interior north wall of the Oratorio dei Buonomini di San Martino in Florence, a mid-15th century chapel with beautiful frescoes. This may be by Andrea della Robbia, Luca’s nephew. 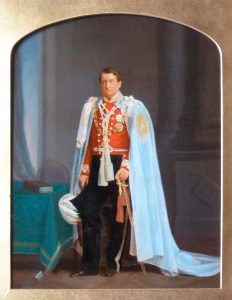 Earl of Mayo, the murdered Viceroy

He had a good political career as an MP and was Chief Secretary for Ireland in three Administrations.

In 1867 Disraeli appointed him Governor General and Viceroy of India, and he was very active and did a lot of good work in office there. However, on an inspection visit to the Andaman Islands in February 1872, he was murdered by an escaped convict, leaving a widow and 6 young children; my grandfather was 7 at the time. His body was brought back and was buried near the family home in County Kildare, Ireland.

A portrait of him as Viceroy in the robes of the Order of St Patrick hangs in the manor house dining room. 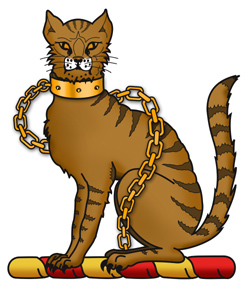 The Bourke Cat
You may see depictions of this cat around the place, and perhaps even wonder what it is. It’s simply a modern interpretation of our family Crest, that we have been using since the 16th Century.

It depicts a Wild Cat, extremely fierce and the only untamable wild animal in the UK. They were once common, but are now severely endangered. It is collared and chained in gold, and represents Liberty, Vigilance and Courage. If you ever meet one, watch out!

By continuing to use the site, you agree to the use of cookies. More Information